Tottenham’s impressive season continued to gather momentum as they progressed to the last 16 of the Europa League with a fine 3-0 victory over Fiorentina. 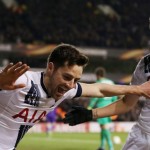 Ryan Mason deservedly opened the scoring after 25 minutes when he latched onto a through ball from Dele Alli before coolly sliding the ball past Ciprian Tatarusanu.

Erik Lamela added a second with a well-taken goal on 63 minutes – it was the Argentine’s sixth goal of the competition – after Christian Eriksen’s shot was parried away.

Fiorentina’s fate was assured nine minutes from time when a despairing Gonzalo Rodriguez sent the ball into his own net after failing to deal with Kieran Trippier’s cross on 81 minutes.

Spurs’ away goal in the 1-1 draw in the first-leg meant they held the advantage coming into this tie and they certainly seemed to be in confident mood from the beginning, even without their star striker Harry Kane.

They had a number of opportunities and would have added to their tally only for an inspired performance from Tatarusanu in the visiting goal.

Fiorentina are third in Serie A but the Premier League title-contenders had them on the back foot throughout and they struggled to handle the threat of Spurs’ lightening-speed attack.

The result was a fair reflection on the match and there appears to be no stopping Mauricio Pochettino’s side at present.

On current form certainly, Spurs must be considered as one of the favourites to lift the Europa League in May – though the additional gift of Champions League football will not be required. 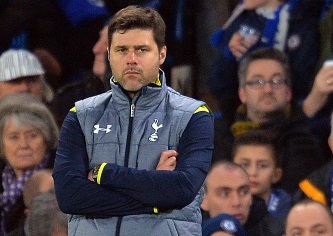