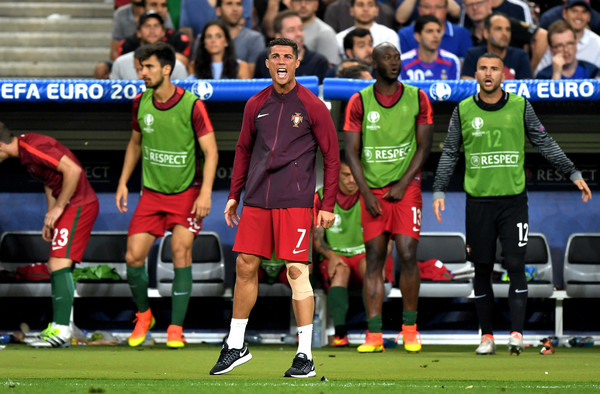 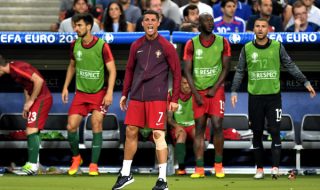 The tragedy that saw soccer superstar Cristiano Ronaldo being stretchered off the field, in tears, could have marked the end for Euro 2016 grand finalists Portugal. Many watching thought that it had. The hopes of the team, and Portugal itself, had ridden high on the shoulders of one man. Defeating opponent after opponent, Ronaldo had played a key role in leading Portugal into the grand final.

Throughout the tournament, Ronaldo took on and defeated the cream of European soccer. He was Portugal’s top scorer of the qualifiers and the tournament, including two vital goals against Hungary, and another headed opener in the semi-final against Wales – to prove, yet again, his ultimate champion status.

Many had ranked Portugal as a mediocre team within this year’s Euro tournament. The sports news and blogs on HitYah, had Portugal’s chances to win as remote. What the final match showed was not how one man can win a victory for his side – though he did this several times over throughout the event – but how one man can lead and inspire an entire team to victory.
Though not on the field for much of the final match, Ronaldo is being lauded for the selfless sportsmanship he showed to his fellow teammates who were still on the field, fighting for their first ever European trophy. From the touchline, Ronaldo fought with them every step of the way, instructing and spurring them on to triumph.

Amongst his legion of honours and awards, the Real Madrid forward is now heading for his fourth Ballon d’Or. Comparisons the Argentine soccer legend Maradona are being made – not only for his supreme football skills, but also those qualities that define a man and make him one who inspires others to greatness.

Ronaldo is yet to win a World Cup. With the first qualifier just weeks away, the 2018 World Cup in Russia could prove a crowning victory for the 31-year-old. Yet, with two years still to go on his contract with Real Madrid, no doubt more European titles are in store.

Ronald will go down in history as the man who captained Portugal to a victory that stunned the world in the Euro 2016, beating France, the host nation and the team considered by many the favourites of the tournament. Eder, the player who scored the winning goal even attributes that to Ronaldo who, he says, predicted the outcome: “He gave me this strength, this energy, and it was vital.”

In Ronaldo’s own words: “Nobody believed in Portugal – but we win. We made history. It’s something we’d been looking for since 2004. I asked God to give me a chance because we deserved it. I always thought we had what it took and the strategy of our coach to win. It’s one of the happiest moments in my career. I have to thank everyone, my teammates, the coach and Portuguese fans. It’s an unforgettable moment.”