Everton Complete The Signing Of Muhamed Besic From Ferencvaros 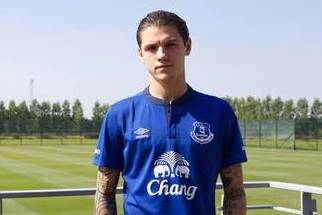 Reports are out claiming that Everton have completed the signing of Muhamed Besic from Hungarian club Ferencvaros. 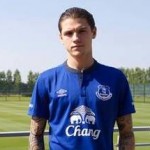 The 21-year old German-born Bosnia-Herzegovina midfielder has penned a five-year deal with the Toffees for a fee of around £4million.

Besic, who represented Bosnia at the recent World Cup in Brazil, has been training with the Merseyside club on their pre-season tour of Thailand and is expected to produce big things at Goodison Park by manager Roberto Martinez.

“Muhamed is a young footballer who has developed massively in the last two seasons,” Martinez told the club’s official website.

“He has been playing as a centre-half and as a defensive midfielder at an incredible level.

“What he did with Bosnia and Herzegovina in the World Cup, he showed that he is a really mature footballer, that he covers the ground really well, that he is very dynamic and technically very gifted.

“He is bringing us really good strength in an important part of the side.”