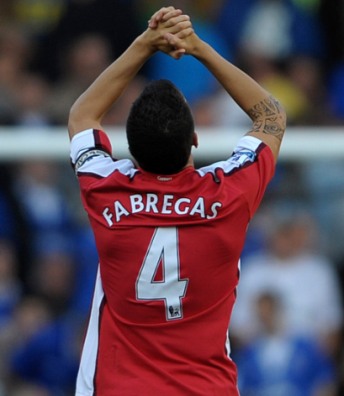 Arsenal captain Cesc Fabregas has revealed that he has doubts over his future and is unsure whether he will still be an Arsenal player next season.

The 22-year-old Spanish international midfielder has been consistently linked with a return to his homeland, with Barcelona and Real Madrid at the head of the queue.

However the Gunners skipper remains focused on helping the north Londoners win their first piece of silverware since the 2005 FA Cup win over Manchester United but refused to say whether he would remain at Arsenal beyond the end of the current campaign if they fail to win a trophy.

Fabregas said that he does not know if he will leave the Premier League and join the Spanish Liga next year but said that he is happy an it is and that it is an important year for the club.

Fabregas also added that he has not spoken to anyone at the moment but admitted that Real Madrid had shown an interest in him.