Newcastle United defender Fabricio Coloccini has reportedly told Ole that he still wants a return to Argentina at San Lorenzo ‘as soon as possible. 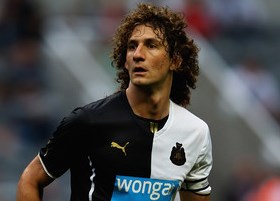 The 31 year old Argentine international openly admitted during the last winter transfer window that he was keen to head back to San Lorenzo.

Coloccini said: “You never know what can happen in football.

“In January we did all we could for a possible return to San Lorenzo, but I always made it clear that Newcastle would have the last word.

“The club have invested a lot in me and I must show respect towards them.

“I have to speak the truth, though, and I would like to return as soon as possible.”


Spurs Midfielder Sandro Not Interested In AS Roma Switch