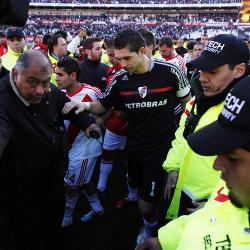 River Plate, the record 33 times Argentine league champions, suffered their biggest humiliation ever with relegation to the second division for the first time amid violent scenes in Buenos Aires.

River drew 1-1 with Belgrano of the Nacional B division in the second leg of a relegation-promotion play-off at the Monumental after a 2-0 defeat in the first leg in Cordoba on Wednesday.

Fans in the 60,000 plus crowd at the Monumental were enraged, throwing objects on to the pitch and some tried to climb over perimeter fencing to storm on to the field.

The violence escalated inside and outside the stadium with “barrabrava” hooligans fans causing mayhem in streets around the giant stadium especially a major avenue where fires were lit, shops had windows destroyed and some were sacked.

Hooligans wielding and throwing iron bars and stones clashed with riot police while the bulk of supporters were afraid to leave the stadium for fear of getting caught in the violence. 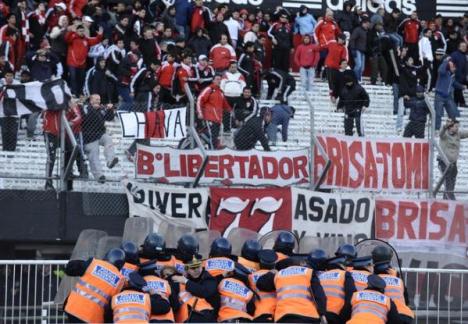