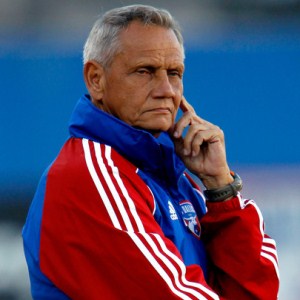 FC Dallas manager Schellas Hyndman has been named the 2010 MLS Coach of the Year.

The 61-year old has guided the Texan club into the Western Conference final where they are set to face the LA Galaxy this weekend for a spot in the MLS Cup final.

Dallas finished second bottom in the West last season and have completed a massive form reversal by being one of four teams left in the MLS play-offs in 2010.

Hyndman becomes the first FC Dallas tactician to win the Coach of the Year award in MLS’ 15-year history.


Inzaghi : This Is Not The End For Me!