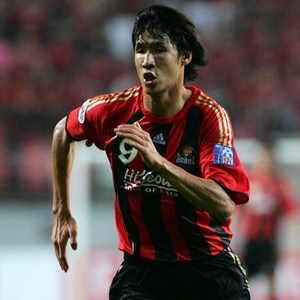 According to his agent, South Korean striker Jung Jo-gook has signed for French club Auxerre.

The 26 year old striker who plays for FC Seoul, will have a medical later on Monday before joining the Ligue One side when the transfer window opens in January, his agent told Yonhap.

FC Seoul won their first Korean league title in 10 years earlier this month with Jung scoring in the final game.

The 26-year old notched 12 goals in the domestic league this season.