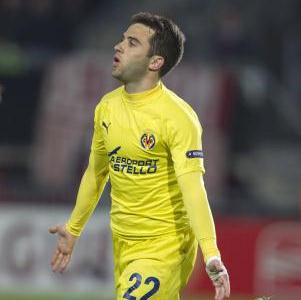 Villarreal overcame a first-half scare by coming from behind to win 3-1 at FC Twente, sealing a 8-2 aggregate win that puts them in the semi-finals of the Europa League.

The Dutch side, chasing a 5-1 deficit from the first leg in Spain, took a 32nd-minute lead through Emir Bajrami in a first half they dominated, missing a gilt-edged chance to go 2-0 up before the break.

But second-half penalties from Giuseppe Rossi and Ruben, the first of which was given by the fifth official and saw Dwight Tiendalli sent off, gave the Yellow Submarine a comfortable aggregate score before Cani smashed home a superb late half-volley to seal the win.

They will next meet Portuguese champions Porto, who pushed their credentials with a 10-3 aggregate win over Spartak Moscow.

Arsenal Delighted With The Performance Of Thomas Eisfeld