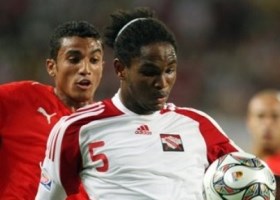 Ferencvaros’s defender Akeem Adams is in a critical condition after suffering a heart attack.

The 22 year old Trinidad and Tobago international was taken to a Budapest hospital after he felt dizzy on Wednesday following Ferencvaros’s 3-1 win over arch-rivals Ujpest on Sunday.

“Adams underwent surgeries…but unfortunately he is still in a serious condition,” the executive director of Ferencvaros Football Ltd Pal Orosz was quoted as saying on the sports daily Nemzeti Sport‘s website.

Adams has played six matches for the 26-times Hungarian champions this season.

He has been capped eight times for Trinidad.