Fernando Morientes Reveals The Reason Why He Joined Marseille 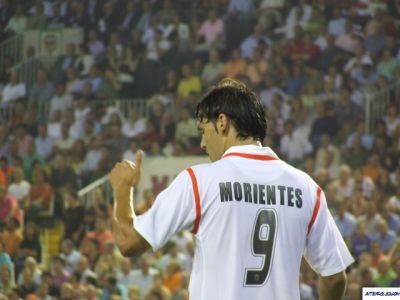 Marseille’s latest signing Fernando Morientes claims that it was the opportunity to be reunited with manager Didier Deschamps that helped him make the decision to jump at the chance of moving to the Stade Velodrome.

Former Spain international striker, Morientes played under Deschamps, the new coach of Marseille, during the 2003-04 season when he spent a year on loan from Real Madrid at Ligue 1 side Monaco.

During that time the striker built up a great relationship with Deschamps as the principality club reached the final of the Champions League, losing 3-0 to Porto.

And Morientes is delighted to be linking up with him again saying that Didier called him on Wednesday and that was the trigger even though he had another offer from a different club. The striker also added that it’s easier because he knows Didier Deschamps very well.

Morientes, who has also played for Albacete, Real Zaragoza and Liverpool, has not trained since being released by Valencia at the end of last season but the Spanish striker believes that he will be fully fit in time for the new season.

Henry Says He Is Still Loyal To Arsenal FC