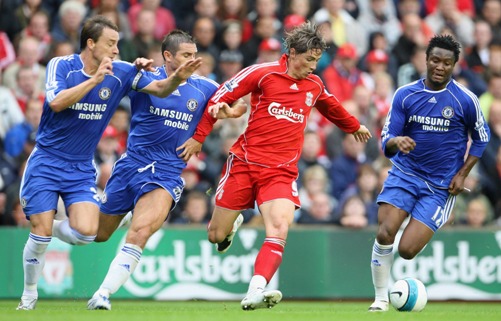 Liverpool’s Spanish international striker Fernando Torres has signed a new contract, agreed last season, which will put him on £110,000 wage a week.

Liverpool revealed the said agreement in May, and the new deal includes a one-year extension option that could keep Torres at Anfield until 2014.

The 25-year-old Spaniard, who is expected to recover from an ankle injury to play at Tottenham on Sunday, has seen his wages rise from £70,000 a week to £110,000 under the new agreement.

Under the terms of his original deal, Torres had the option of having his wages reviewed this summer and Liverpool have been quick to make sure there is no hint of a problem, aware that Manchester City, Manchester United and Chelsea have shown interest in the player.

Liverpool manager Rafael Benitez said that Fernando Torres is one of the best strikers in the wolrd and, at his age, he can only get better.

Benitez also added that every major club in the world would want him in their team, but he has shown how much he wants to achieve success at Liverpool by committing his future to the club. He’s a special talent, but still has the hunger to improve his game.

Torres was already tied to Anfield for the next four seasons, having signed a six-year deal in 2007. He goes into the new season expecting rather than hoping Liverpool will win the title.