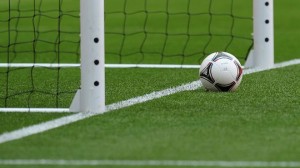 FIFA committed Tuesday to using goal-line technology at the 2014 World Cup in Brazil, and could have four systems competing for selection.

FIFA said it is now seeking tenders from companies which want their system to be used at the Confederations Cup in June and next year’s World Cup.

“Interested GLT companies will be invited to join an inspection visit to the Confederations Cup venues, currently scheduled for mid-March, with a final decision due to be confirmed in early April,” FIFA said in a statement.

The camera-based Hawk-Eye system and GoalRef, which uses magnetic sensors, were used at the Club World Cup in Japan in December.

Those two systems were expected to compete for World Cup duty, though two competitors are making late entries in the contest.

John Obi Mikel Out Of The World Cup After Training Injury