FIFA has 100% declined to answer Republic of Ireland’s plea for a rematch against France after Thierry Henry confessed he handled the ball that led to the goal.

FIFA spokesman flatly denied the chance of a rematch, refering to Law 5 in the official rules of the game, which states that the referee has “full authority to enforce the Laws of the Game in connection with the match to which he has been appointed”, and that “the decisions of the referee regarding facts connected with play are final”.

In case there was any question whether this leaves room for doubt, the International FA Board notes that: “Facts connected with play shall include whether a goal is scored or not and the result of the match.” The fourth assistant at the match, Martin Ingvarsson refused to be drawn today when questioned about the incident. “We are not allowed to make any comments at all in connection to Fifa games,” he said.

Earlier in the day The Football Association of Ireland urged FIFA to anulled the result of the match and grant them a replay.

“We now call on Fifa, as the world governing body for our sport, to organise for this match to be replayed. The handball was recognised by the Fifa commissioner, the referee observer and the match officials, as well as by the player himself.”

It goes on to argue that Fifa does have the right to take action: “There is precedent for the invalidation of such results. In 2005, the Bureau of the Fifa World Cup organising committee reached a decision to invalidate the result of a World Cup qualification match between Uzbekistan and Bahrain on the basis of a ‘technical error by the referee of the match’.

“The Football Association of Ireland is hoping that Fifa and its disciplinary committee will, on behalf of football fans worldwide, act in a similar fashion so that the standards of fair play and integrity can be protected.”

Should Ronaldo Be Included In The Brazil World Cup Squad?

Charlie Davies Back Training with Sochaux After Horrific Accident 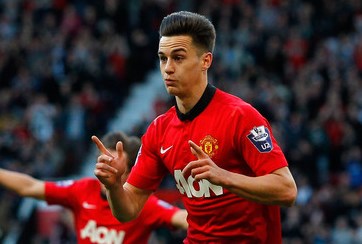