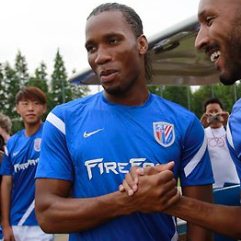 Ex-Stamford Bridge favourite Wilkins claims the 34-year-old would be reluctant to move to the Emirates.

“How can he go to Arsenal after spending eight years at Chelsea?” he told talkSPORT.

“Didier, in his heart of hearts, would think that’s a step too far.”