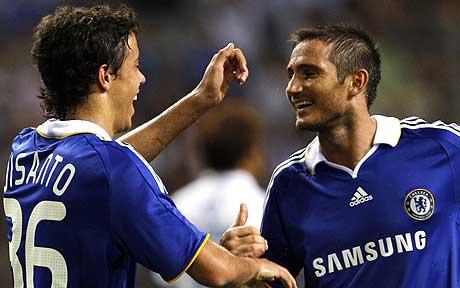 Chelsea’s Argentinian striker Franco Di Santo is believed to have travelled to Blackburn on Monday to discuss a season-long loan move to Ewood Park.

Rovers boss Sam Allardyce seems to be closing in on the capture of 20 year old Argentine attacker Di Santo as he told reporters that the club is trying the best that it can.

He also added that it is a bit of a gamble for him as a manager but said that he is am willing to put his neck on the line for young, up and coming quality players.

Big Sam also added that this is because he believes that this squad needs it and he also think that the club doesn’t need experienced players, as there is already enough of those in the camp at the moment.

Big Sam also said that the club needs some young vibrant, fresh blood coming in, who are bursting at the seams to challenge the players already here and to challenge on a daily basis and to increase the quality of the side overall.