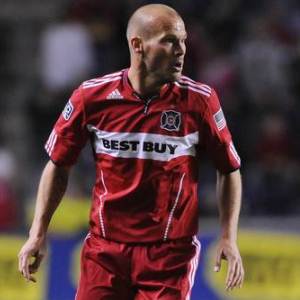 Former Arsenal great Freddie Ljungberg, is reported to be considering the possibility of returning to the Premier League in January as a free agent.

Ljungberg, now age 33, believes he can still make an impact in the English game, just as his former colleague in the Gunners midfield, Robert Pires, has agreed to join Aston Villa.

The Swede – who won two Premier Leagues and three FA Cups during his time in North London – is coming to the end of his contract with MLS side Chicago Fire and feels fit enough to return to English football.

His London based agent, Phil Smith of First Artist Management, has told ESPNsoccernet: “He has plenty of offers, and plenty of options, but a return to England, why not? I am sure he would consider it.”

Ljungberg, who spent the 2007-08 season at West Ham following a £3 million move from Arsenal, moved from Seattle Sounders to Chicago Fire and has now been offered deals to stay in the United States with LA Galaxy and prospective new club New York Cosmos.

However, it remains possible he could return to the Premier League, where he made 216 appearances for Arsenal, scoring 46 goals.