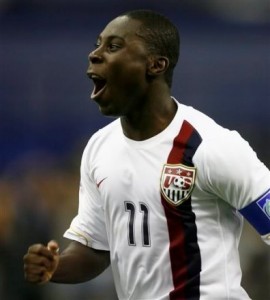 The 20-year old, who is on loan from Benfica, was subbed on in the 64th minute but was unable to influence his team to a win as they went down 1-0 to Rio Ave in the Group E clash.

Adu performed well on the left of midfield, creating chances for teammates and showing Belenenses manager Joao Carlos Pereira what he is capable of.

Belenenses take on Nacional in the league this weekend and Adu will be hoping his performance during the week will be enough to get him more game time.


Nani Can Be The Best In The World, Says Cristiano Ronaldo