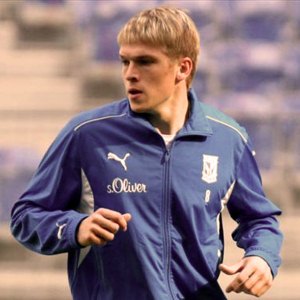 Transfer news from the Premier League is out and it has been reported that Fulham are interested in Lech Poznan’s Latvian international striker Artjoms Rudnevs.

23 year old Rudnevs, who can operate as a right winger, fired in a memorable hat-trick against Italian giants Juventus in Europe.

It is believed that Lech Poznan will demand at least £5 million for their star man this summer.

Fulham boss Mark Hughes is keen on Rudnevs after failing to land his striker targets in January.

Rudnevs has so far played a total of 15 matches and scored a total of 7 goals for Lech Poznan so far this season.

Here’s a preview of how deadly he can be in front of goal.