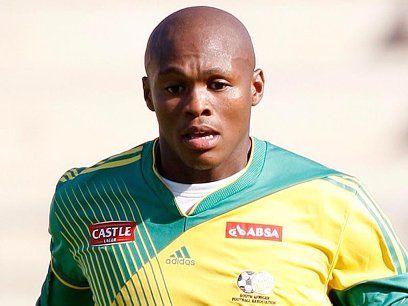 English Premier League club Fulham FC have signed South African international midfielder Kagisho Dikgacoi, for an undisclosed fee and it has been reported that the 24-year-old will join from Golden Arrows, committing him to the Barclays Premier League club until the summer of 2011.

He told his club’s official website, www.fulhamfc.co.uk that he is so happy that his transfer to Fulham has been finalised and that he have spent most of the summer training with the players and getting to know them and all of the coaching staff.

He also added that he has been given a wonderful chance to be part of a fantastic team playing in one of the best leagues in the world and that this is something very special to him and an opportunity that he will grab with both hands.

Dikgacoi, part of South Africa’s squad for the 2008 African Nations Cup, played in all five of South Africa’s Confederations Cup matches this summer and has made 28 appearances for his country since breaking into the international scene two years ago.