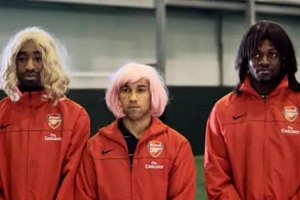 Arsenal left back Gael Clichy has blasted his former team-mate Emmanuel Adebayor by that saying he only left Arsenal for the money.

This is after striker Adebayor claimed that it was the abusive Arsenal fans forced who him into a £25million move to Manchester City. However Clichy believes that the switch was all about the hitman almost doubling his pay packet to £150,000 a week.

Clichy also added that he really believes that if you are a player who thinks only about money then you could end up at Manchester City.

He also added that when a player is asked to move for something like £300,000 a week it is just crazy.

Eastlands boss Mark Hughes has spent £80m this summer in a bid to gatecrash the Big Four.

Clichy declared that he has been with Arsenal for six years and this is not the first summer where a club have spent big money to get big players and it does not always mean a team will do well.

Clichy also said that sometimes when you have players coming in like this it can take six to seven months for them to adjust and play well along side each other.