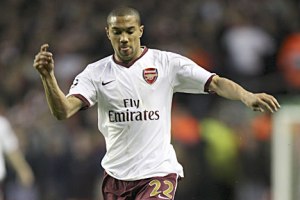 Arsenal left-back Gael Clichy has played down any reports linking him with Spanish giants Real Madrid.

The French international defender has been linked with the Spanish club following emerging reports suggesting his representatives had heard from Madrid officials.

But the 24-year old defender said that any thoughts about leaving Emirates Stadium are very far away at the moment.

He also told reporters that he is focused on Arsenal and France at the moment.

Clichy also added that this season could be very important to him and his desire is to be focused on his work.


Hargreaves Can’t Wait To Get Back To Action