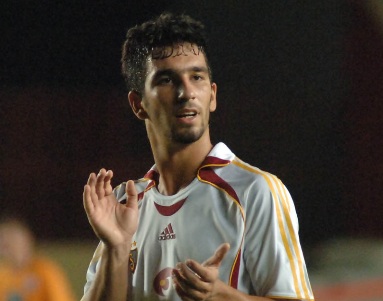 Interesting football news are out and it has been revealed that Galatasaray winger Arda Turan has attracted the interest of European and Spanish champions FC Barcelona.

Local Spanish newspapers have reported that Barcelona have sounded out Galatasaray about a price for the Turkey international.

And it was also reported that Barcelona coach Pep Guardiola is desperate to boost his midfield options and has discussed Turan with his board.

Turan is already a regular in Fatih Terim’s Turkish team at the age of 22 and he currently has over 30 senior international caps.

In July 2008, Arda Turan was ranked 8th in the selection of the 100 Best Young Football Players in the World as published by Spanish magazine Don Balón.

Afonso Alves On The Verge Of Joining Benfica