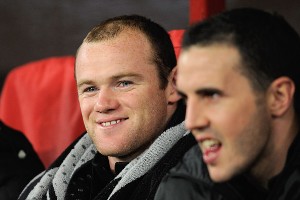 Neville said in a local newspaper that Rooney has got the fighting qualities of a Roy Keane, the warrior element in him.

He added that Rooney is a street fighter: a street footballer playing for Manchester United and England at the peak of his powers.

The veteran defender also said that Rooney is so determined and that his mentality is fantastic to want to play football every minute of every day.

He ended by saying that nothing fazes Wayne Rooney and it has not from the minute he came into the England squad.