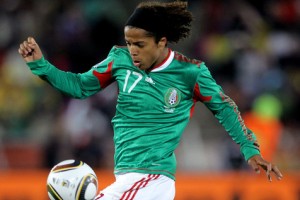 It is believed that Genoa president Enrico Preziosi has sent directors to the World Cup with the brief to unearth several young midfield prospects.

It is now said that Mexico international Giovani has been recommended to Preziosi, who is now weighing up making an offer to Spurs for the winger.

It is said that Espanyol and Porto are also keen on the former Barcelona midfielder.