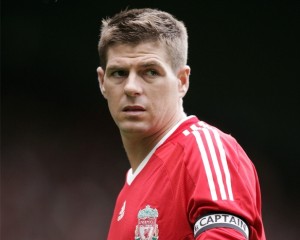 Liverpool captain Steven Gerrard has revealed that the experience of being tried for affray has left him a changed man.

The England international midfielder was found not guilty by a jury at Liverpool Crown Court in July following an incident in a Southport nightclub.

The 29-year-old nevertheless admits to harbouring some regrets over the episode and says it has had a profound effect on him.

Gerrard said that he has to learn from the ordeal and learn from being in the wrong place at the wrong time. Gerrard also said that he will be more careful in the future as to what hour he is out and where he goes out to.

Gerrard also said that from now on, if Liverpool wins 5-1, and if he scores two goals and Liverpool goes top of the league, he will not try to enjoy it in a bar with my team mates any more. Instead Gerrard said that he will go for a meal and be in his house by 10.30pm.

Gerrard said that players get paid very well and there have to be sacrifices.

The midfielder also said that throughout the trial he kept telling himself that whatever happened he should never be back in one of those rooms again.

Gerrard ended by saying that he regretted the situation, and regrets not going home when he could have done so.

Gerrard also said that he accepts that some people will always see this as a blemish on his character, even though he got the outcome he thought he deserved.