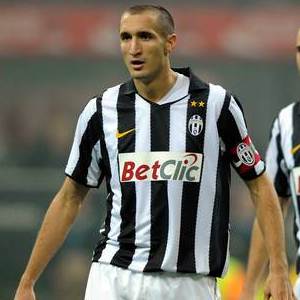 Good news for all Juventus fans as defender Giorgio Chiellini has revealed that talks over a new contract with the club is at an advance stage.

The Italian international centre back, now age 26, joined Juve from Livorno in 2004 though played 2004-05 with Fiorentina as part of a co-ownership deal. He has so far made a total of 150 league appearances for Juventus.

Chiellini said: ”There is agreement on everything for the renewal. There is only a little bureaucracy missing.”

Juventus has not had the best start to the season and Chiellini said : ”There is no dip [in form],” he said. ”There are improvements. We were always in their half of the pitch at Bologna without conceding anything on the counterattack.

”We are only missing goals. We’ll see what point we’re at on Saturday [when Juventus face Milan].’

”If everyone is available, then we don’t need reinforcements, but every area of the team can be improved.

”I don’t believe in a big signing, only some adjustments.”