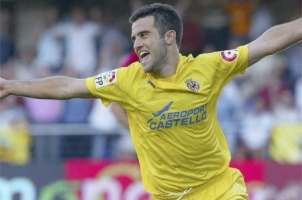 Villarreal striker Giuseppe Rossi has insisted that he is not pining for a move to Italian club Juventus.

Rossi told reporters that these things have been written in the newspapers and that he does not know anything about it.

He added that his contract with Villareal expires in 2013 and that he wants to fulfill it.

Rossi however said that his agent told him about Juventus’s interest in the summer, but only to keep him up-to-speed and leave him calm.