Guardiola : Messi Is No Match Compared To Diego Maradona 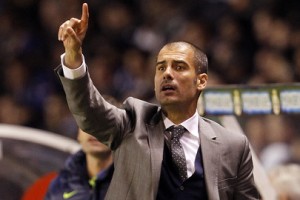 Barcelona coach Pep Guardiola has revealed that Lionel Messi isn’t quite the match of his former teammate Diego Maradona.

However Guardiola believes that it is too early to make such comparisons.

Guardiola told reporters that : “The comparison with the four best players of all time can only be made when he retires,”

“For my generation, Maradona is the greatest that we have seen and I don’t think that will change.”

However, the Barca coach believes Messi will continue to blossom.

He added that : “We have to let Leo get on with his career because he is very young and we need to give him continuity, for the good of the game,”.


Kaka : I Can Do Great Thing With Cristiano Ronaldo For Real Madrid