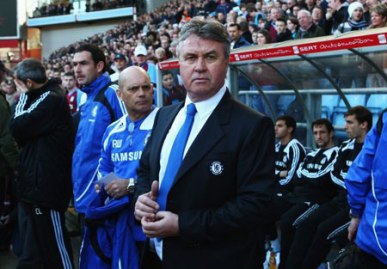 Russia coach Guus Hiddink has revealed that he wants to coach in the Premier League again after his temporary spell at Chelsea last season.

Hiddink, whose side play Wales in a World Cup qualifier with an excellent chance of either winning Group 4 or reaching the play-offs has said that he missed England and wanted to return.

The 62-year-old Dutchman also said that he planned to take a break after next year’s World Cup in South Africa but would like another chance in England in the future.

Hiddink revealed that he had a wonderful time in England and before he worked for Chelsea he would often watch the English Premier League.

Hiddink also said that the football in England is very attractive and unique in that the level of competition is high.

However Hiddink later said that he will have to make a judgment on whether he will take a break for a few months or do something different within football.