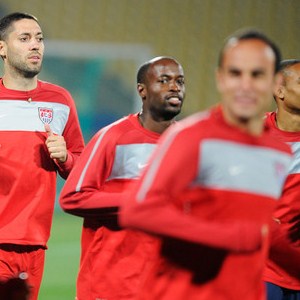 Transfer news from the German Bundesliga is out and it has been reported that Hannover 96 are showing considerable interest in free agent DaMarcus Beasley.

The 28-year old midfielder’s contract with Scottish champions Rangers ended at the end of last season and he has been on the lookout for a new club ever since.

German daily Bild reported that Hannover, who are captained by Beasley’s USA teammate Steve Cherundolo, are hoping to add a quality winger to their squad but face competition from French Ligue 1 club Nice and Spanish La Liga outfit Hercules.

Whoever happens to sign Beasley will be quietly confident of their title chances as he is kind of a good luck charm, winning two MLS Cups with Chicago Fire, two Dutch Eredivisie titles with PSV Eindhoven and two Scottish championships with Rangers since 2000.