How Hard is it For Tottenham to Play at Wembley Stadium? 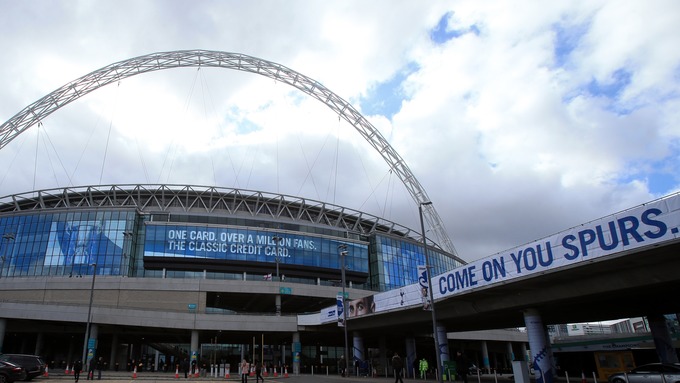 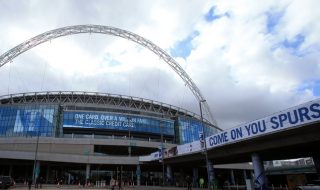 Last season, in their final at White Hart Lane, Tottenham Hotspur came as close as they ever have done to winning the Premier League title. With their new ground close to completion they have temporarily moved into the national stadium, Wembley, to play their home games until the new White Hart Lane is ready.

A lot has been said about the form that Tottenham have shown at Wembley, but just how hard is it for Tottenham to play their games there?

Tottenham haven’t won a Premier League game at Wembley so far this season, and that has prevented them from being very close to the top of the league after the first few games. Away from home they have been excellent and that has led to them having a pretty good overall start.

An improvement in their form at Wembley would see Tottenham challenge for the title again this season and it isn’t too late for that to happen. However, with the pressure and expectation attached to playing at Wembley, it may take a while longer for them to adjust to their temporary home. Since White Hart Lane closed at the end of last season, Tottenham have really been affected by their move.

The biggest problem with playing games at Wembley isn’t necessarily what impact it has on Tottenham, but also what impact it has on the visiting team. Every single one of the other 19 Premier League clubs gets to play in a cup final this season, because playing at Wembley is like being in a cup final to them. For Tottenham, their 19 Premier League home games at Wembley are just that, home games, but for their opponents they mean so much more than that.

Every club is going to head to Wembley full of optimism and raring to go on what will be a huge occasion for them. The fans will turn out in force, such is the draw of the national stadium and the starting eleven, whoever they are, will be putting in 110% during that game.

Everyone wants to win on the Wembley pitch, and it doesn’t matter what game it is in. There will be players heading out who have dreamt about playing at Wembley and these players are not going to miss an opportunity to perform at their best there.

Many players never get the chance to play at Wembley and this season 19 clubs get to play a game against Tottenham there. Those players, who play their trade at Burnley, or Swansea, or other clubs in a similar position to them know their chances of getting to a Webley cup final are slim, so this is their cup final. These players are going to go all out when the moment arrives for them to take the pitch, and you can’t blame them.

The mind-set those players are in when they play Tottenham is going to be something that Tottenham won’t have experienced much, those teams are going to be fighting for their lives when they visit. It doesn’t matter if this is Tottenham’s first appearance at Wembley or their 100th, their opponents are heading there to play at Wembley in their cup final, and they will fight as though it is their cup final. This is what Tottenham have struggled with so far, they haven’t been able to match the compete levels that have been shown against them, and this will continue all season long.

This is part of the reason why Tottenham have performed poorly at Wembley so far, because other teams are heading down there and trying their hearts out to beat Spurs. However, part of the reason has been because Tottenham simply haven’t been good enough, but blaming it all on that would be a disrespectful comment to the teams who have visited so far. Clubs will raise their game when they visit Wembley this season, and so far the clubs who have visited have done just that, and managed to take away some points with them.

Psychologically Tottenham won’t feel the same effects of playing at Wembley as their visitors, because by now this is second nature to them. Eventually when Tottenham do find their feet at Wembley and get some confidence behind them, they will perform well at Wembley, because they don’t have the nerves that many others will have. That will work for them in the long run, but not right now while the pressure is on them to perform at the national stadium.

The pressure on Tottenham will continue to be there even after they do win and they are going to have to win many games to take the weight off their shoulders. The move to Wembley was one of the biggest things to happen in the Premier League over the summer, so it is clear to see why so many had their eyes on Tottenham at the start of the season. When you combine that with their push for the league title last season, many people simply wanted to watch Tottenham to see if they really could challenge for the title this season. For one reason or another, many eyes were on Tottenham at the start of the season, and now even more people are watching on to see how they perform.

Gradually Tottenham will change how they play at Wembley to combat the way teams are when they arrive, but this will take time for them to work out. Even at the end of the season, in their last two games which come against Watford and Leicester, these two clubs are going to relish playing at Wembley and will be giving it their all. By then the Wembley effect will be long lost in the memory of this Tottenham team, but to their opponents it is all new. Tottenham don’t need to play like it is a cup final to them, they need to play in a way that combats their opponents, who will be playing like they are in a cup final.

It is very likely that Tottenham will only have to deal with Wembley for one season, they are due to move into their new home at the start of the 2018/19 season. That will allow them to get back on track and take the focus away from where they play their home games. Teams will be intrigued to play at the new White Hart Lane, but they won’t find themselves building up to the game for weeks and playing at a much higher level, because it isn’t the national stadium.

The Wembley effect may be enough to put Tottenham’s title challenge on hold for a season, until they move away from the stadium and back to reality. They certainly have the away form to challenge although their home form and how quickly they can adapt to Wembley is a worry. Tottenham are currently priced at around 14/1 to win the Premier League, so bettors may wish to take advantage of the free bets available on sites like Oddshecker to bet on one of the Manchester clubs to claim a likely title, given their early season form.

This is telling, as it shows that the bookmakers have noted the Wembley effect after seeing it first hand at the start of this season. Tottenham are far from out of the title race this season, but their home performances have raised cause for concern with many.

This season is going to be very interesting and where Tottenham will end up at the end of the season is still up in the air and that is what makes them fascinating to watch. I am sure they will be hoping the new White Hart Lane opens on time and they can move in over next summer to start their 2018/19 league campaign there. That may be the move that allows them to continue their title challenge, something they have been building