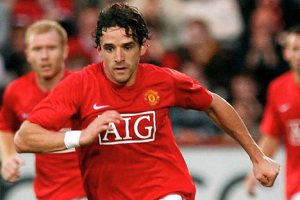 Manchester United midfielder Owen Hargreaves has revealed that he is confident that he can return to action a better player than before he went down with a debilitating knee injury.

The 28-year old Canadian-born Hargreaves has been out of action for the past 13 months with tendinitis in his knees but following a huge amount of rehabilitation and ground-breaking surgery with a knee specialist, feels that he is ready to return and is certain he won’t just be making up the numbers.

Hargreaves told reporters that his best is yet to come and that he just cannot wait to get back to playing football.

He also added that he will be trying to improve his game and achieve the great success he think Manchester United are destined for.

He also added that to look back at where he was to where he is now is amazing.

He finished by saying that he just want to be part of it again and have a great season with Manchester United.

He also said that he cannot wait to pay back some of the faith the fans have shown in him.