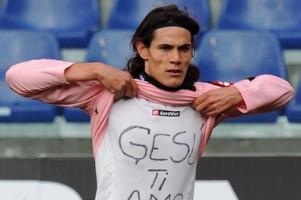 The Uruguay international is regarded highly by Redknapp, who admits he is having the youngster scouted.

Redknapp told reporters that : “We are following what Cavani is doing in the league, like we follow other players around Europe,”

He added : “My scouts have developed positive reports on him and I have personally watched a few games in the boxes of Palermo.

“The fact that we’re following him does not mean, however, that there is already a deal. I think we will decide by the end of the season. For Cavani, we will see in the future if this player can be really helpful to our cause.”