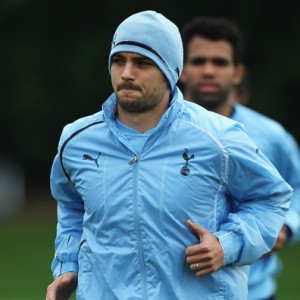 Harry Redknapp has revealed that he will not stand in Niko Kranjcar’s way if he wants to leave the club.

Kranjcar, now age 26, joined Tottenham last year but, with Gareth Bale, Rafael van der Vaart and Luka Modric all ahead of him in the pecking order, he has had limited opportunities this season.

Kranjcar said this week that, if he could not get regular games, he would look to move on, and Redknapp said that, if the right offer comes in, he will reluctantly cash in if the player is unhappy.

“Let’s see how things go in the next month with him,” he said.

“I really wouldn’t want to lose him, but I do understand where he’s coming from as well.

“He needs to play – he’s a top-class player. He’s gone away and scored five goals for Croatia in the last three games. Hopefully he’ll get his chance sooner rather than later but we’re not going to gift Niko away – he’s a top player in my opinion.”


The Football Association To Compensate Liverpool Over Gerrard Injury