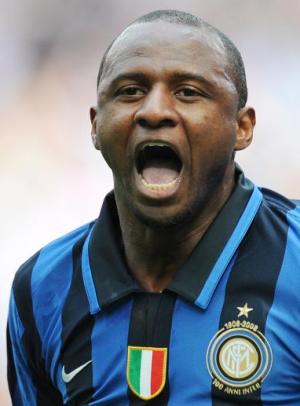 Sensational transfer news are out and it has been reported that Tottenham Hotspur boss Harry Redknapp has reiterated his desire to sign former Arsenal captain Patrick Vieira.

Italian champions Inter Milan have made it clear that the France international is surplus to requirements at the San Siro and will be available on a free transfer, while Redknapp is convinced that Vieira would have no problems in pulling on the white shirt of Arsenal’s arch rivals.

Although the 33-year-old may be past his best, Redknapp believes he will be able to add quality and experience to his midfield.

However Redknapp has also made the centre of defence his priority after injuries to Jonathan Woodgate, Ledley King and Michael Dawson but is still keeping taps on Vieira as well as striking targets.

Redknapp told reporters that he is still interested in Patrick Viera and would definitely like to see him play for Tottenham. Redknapp also said that Viera has done nothing wrong and that he is just a great player who played for Arsenal.


Sir Alex Predicts Ben Foster To Be England No.1 For The World Cup