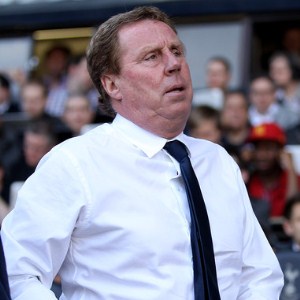 Tottenham boss, Harry Redknapp has declared that Tottenham will only become a Champions League force if it can splash the cash like their top-four rivals.

After losing to Real Madrid with a mammoth 5-0 aggregate, the Tottenham boss reckons that the club must compete with the likes of big-spending Manchester City if they are to make sure qualification for this season was not a fluke.

He said: “If this club wants regular Champions League football then you have to add quality players to the squad each season.

“It has become so hard to qualify now as all the teams at the top are spending big on top players.

“If Tottenham can make the top four again it would be a great achievement, arguably better than last season because City have spent millions trying to make sure of fourth place.

“City have probably spent in the region of £150million trying to make sure they finish above us and they could probably spend the same amount again.

“What we have to do is to make sure next year Tottenham keep on building and creating a team capable of getting into the Champions League.

“It is no good doing it once and not having a go at doing it again for another 15 years or something like that. To do it every year, you have to keep improving your squad.

“We have seen the players you have to bring in. Everyone has seen the talented players we have got and how they are capable of playing at this level.

“But you need to tweak your squad a little bit if you are to qualify every year. There is no reason Tottenham cannot do that.

“The players will give it their all to reach the top four but it is going to be tough.

Spurs spent just £8m in the summer on Rafael van der Vaart but Redknapp’s search for another world-class striker capable of driving Spurs’ push to be among Europe’s elite was not fulfilled.