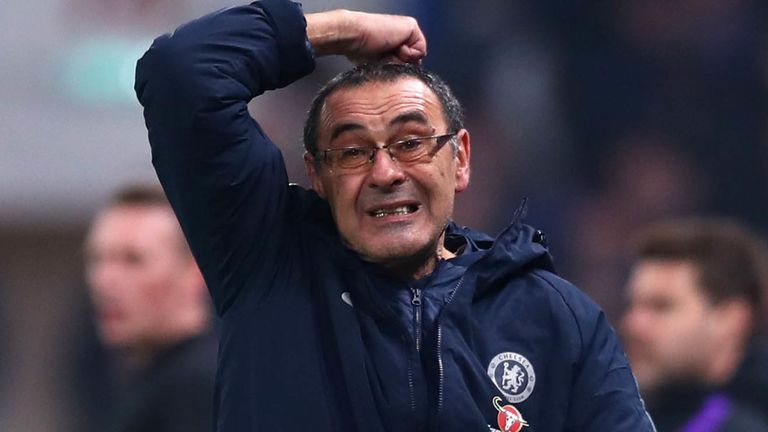 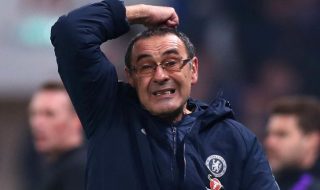 If you were to ask those that faithfully gathered on the terraces of Stamford Bridge week in, week out whether Sarri-ball had burst, the answer would be an emphatic yes. In fact, the language used could well be a lot more colourful than that, with the support base quite fed up with a system that has the potential to backfire and embarrass them. Trips to Bournemouth and the Etihad have left a wholly unimpressed fan base with a sour taste in their mouths.

So what has gone so severely wrong after Chelsea went 18 games unbeaten at the start of the season? It’s a combination of factors really, but the two main ones are that you have a manager who refuses to adopt a more pragmatic approach when it seems the logical solution up against a fan base that has been conditioned to expect instant gratification.

28- Maurizio Sarri has won 28 of his first 43 games in charge of Chelsea in all competitions (D6 L9), one more than Pep Guardiola managed in his first 43 with Manchester City (W27 D9 L7).

The managerial revolving door at Chelsea has been known to work overtime at the first signs of trouble, and because of that, there isn’t much leeway given when results go badly, from either the owner or the fans. So here you have a passionate Italian manager that only believes in one style, refusing to cave in to the demands from the stands. Something has to give sooner or later, and at Chelsea, it’s not a stadium full of fans that are dismissed, but instead the lonely figure in the dugout.

With that being said, it’s not entirely beyond the realms of possibility that Sarri-ball will begin to take off, and a 5-1 aggregate win over Malmo after a 3-0 thumping at the Bridge may give the 60-year-old a stay of execution, but that’s not in the slightest bit guaranteed. To make this style of football work, the players have to be totally committed to the cause as it lives or dies on their positioning when they are without the ball. The problem is that the players look to be taking the lead from the crowd and have begun to dismiss Sarri-ball as something they can do without.

Kepa Arrizabalaga’s refusal to come off against Man City in the League Cup final was an extraordinary display of defiance that went a long way in proving that Sarri has lost the dressing room. The 24-year-old’s antics came at a time where Sarri was being praised for his tactual acumen after managing to keep City at bay, whereas two weeks before, his team conceded six at the Etihad.

The Italian would have been fearing the worst before kickoff, with the best football tips from the pros predicting it could well be his last game in charge of the Blues. That may well still be the case, but not necessarily for the reasons many predicted. The fact that the game went goalless for 120 minutes should have been a massive credit to Maurizio Sarri but instead, we are now talking about the lack of control over his players and not his tactical nous.

There isn’t a club in the country that witnesses player power as much as Chelsea. With such a ruthless attitude at the top towards failing managers, players know that it won’t take much to turn the heat on the manager by producing a few below-par performances or even publicly displaying them the stomach-turning insubordination that Kepa showed. The dressing room at Stamford Bridge held Antonio Conte to ransom before the Italian’s sacking, but it looks like Sarri is standing firm despite almost walking down the tunnel after the failed substitution.

Sarri-ball may not have burst, but it seems flat, and it doesn’t look like any of the players will try to inflate it again. The only person who can successfully intervene on behalf of the manager at this stage is Roman Abramovich, but history tells us that he prefers to back the players.


Zidane to Return to Madrid, but Who Will Follow Him Next?