Henry Says Benzema Is The Future Of France 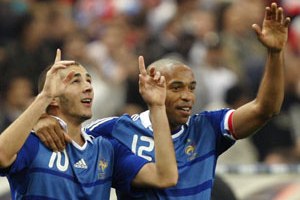 Benzema admits that he does not see eye-to-eye with Raymond Domenech and is unsure where he stands with the France coach.

However Henry is adamant and declared that Karim Benzema is the future of French football.