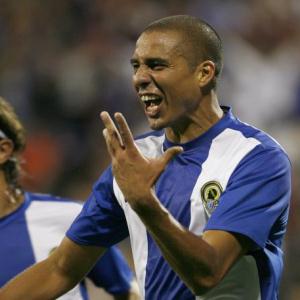 Ten-man Hercules denied Villarreal the top spot in La Liga in an action-packed 2-2 home draw on Monday, when the visitors finished with nine men.

Nelson Valdez and David Trezeguet scored to give the Alicante-based hosts a 2-1 lead at the break, after Joan Capdevila had equalised for the visitors.

Promoted Hercules were reduced to 10 men when Trezeguet was sent off just before the interval and, after Borja Valero had levelled in the second half, Villarreal had two players sent off in the closing stages.

Villarreal climbed to second in La Liga with 16 points, one short of unbeaten leaders Real Madrid after seven matches, and are ahead of champions Barcelona and Valencia on goal difference.