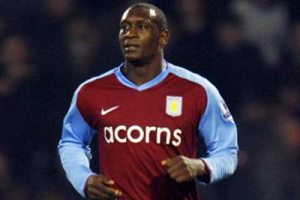 England international striker Emile Heskey has admitted that he may have to leave Aston Villa if he wants to keep alive his World Cup dream.

The striker, now age 31, finds himself in the bizarre situation of being first choice for country but not club.

England boss Fabio Capello has clearly said that any player not getting regular games will not make his South Africa squad.

Heskey told reporters that if things do not change, he will have to think about his next move. He however said that only the Villa manager knows why he is in the England team and not the Villa squad.

Heskey has failed to establish himself in boss Martin O’Neill’s first team this season having moved to Villa from Wigan last January for £3.5million.

He has started only three games this season, coming off the bench four times, and has not scored for club or country and Heskey says that things will have to change before the January transfer window.

However Heskey said that he is not going to give up as it is just another hurdle he will have to get over.


Rooney Out Of Belarus Clash With Calf Injury