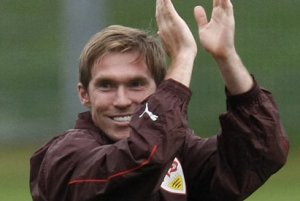 The agent of Barcelona midfielder Alex Hleb has revealed that the player’s future will be decided after the World Cup.

The Belarus international star is currently on a season-loan loan at Stuttgart from Spanish giants Barcelona due to lack of first-team football.

After reportedly falling out with manager Christian Gross, it has now been confirmed that Hleb will return to Camp Nou in the summer.

However, Hleb’s agent Maurizio Gaudino insists there has been no dispute with the Swiss tactician as he remains part of the manager’s plans.