How AVB silenced the boo boys at Spurs 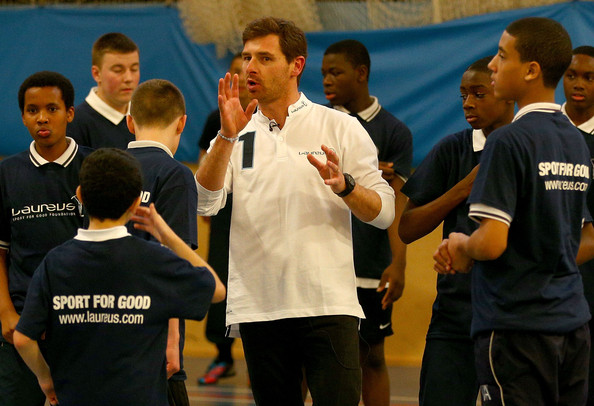 When Tottenham announced that Andre Villas-Boas would replace Harry Redknapp in the Summer there were more then a few eye brows raised.

Despite the fact that AVB was very successful at FC Porto his record with Chelsea was poor, with the Blues losing 1/4 of the matches that the Portuguese was in charge for.

Spurs had sacked Redknapp, who was very popular amongst supporters last year and guided them to a fourth placed finish. They would have been in the Champions League if it was not for Chelsea winning the overall competition under new manager Roberto Di Matteo.

So it looked like AVB was taking on a tough job and the doubters were concerned when they picked up just two points from their first three games. Spurs lost their opening league match to Newcastle. They then drew two home games against West Brom and Norwich- leading to a chorus of boos at the final whistle.

However after 22 games the side from North London are in 4th place, six points above bitter rivals Arsenal. AVB has managed to change people’s opinions of him and get Spurs looking like a side destined for Champions League football.

Hugo Lloris has taken the number one spot from Brad Friedel and despite being criticised it looks like AVB has made the right choice, with the Frenchman finally finding his feet in The Premiership.

Tottenham look more solid then they were last year under Redknapp. The acquisition of Jan Vertoghen was money well spent, with the Belgian adapting brilliantly to the league. Predominately a centre half the former Ajax man has covered well at left back for Benoit Assou-Ekotto who has been injured.

Steven Caulker’s experience at Swansea last year has done him the world of good and the England international now looks the real deal. Michael Dawson has been his usual solid self whilst Kyle Walker struggled at the start of the season but the last few months has been back to his best. Squad players like William Gallas and Kyle Naughton have stepped in nicely when needed.

In central midfield AVB has found the right balance of Sandro and Dembele. The former sits back and allows the latter to control the game with his passing and dribbling. Yet both players are very physical making it  hard for teams to roughen Spurs up.

On the wings Aaron Lennon has always been capable of match winning performances but did not produce this regularly enough under Redknapp.

Villas-Boas seems to have made the winger more consistence and his fine form has helped shoot Spurs up the table.

On the left star man Gareth Bale has arguably been the player of the season. Last campaign Redknapp gave Bale the freedom of the pitch, not really giving the Welshman a position and allowing him licence to roam around. In all honestly this role did not not suit him. AVB has gone back to playing him wide on the left where his pace, power and skill are simply destroying teams.

Upfront AVB has done something that his predecessor did not mange to and that’s get the best out of Jermain Defoe who has scored 15 goals in 32 appearances. Not only this but he looks to have improved his all round game.

The worry for Villas-Boas will be that the attacking players he has brought in during the Summer have not had a big impact. Emmanuel Adebayor has been poor since his move from Man City scoring just three goals in 18 games. Clint Dempsey looks a shadow of the player he was at Fulham whilst Glyfi Sigurdsson has failed to net a single Premier League goal all season.

If AVB can manage to get more out of the three above  and if Spurs can get lucky regarding injuries, as well as maybe add a couple of additions to the squad, then there is no reason why Tottenham can’t make those elusive Champions League places.