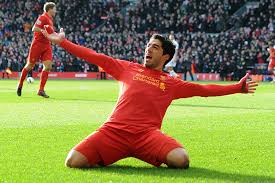 So it appears that talismanic striker Luis Suarez has played his last game for Liverpool. If media reports are to be believed, then Barcelona are closing in on signing the Uruguayan star for anything between £63million and £72million.

It’s a move which seemed barely likely just a few weeks ago. Suarez was the darling at Anfield, having swept all player of the year awards following an outstanding season. 31 goals and who knows how many assists was an incredible return, especially given that Suarez was banned for the first ten games of the season. However, it is the dark side of Suarez which has prompted a potential summer move. Suarez has been banned from all football for four months, having bitten Italy defender Giorgio Chiellini at the World Cup. Liverpool appear to have decided to cash in before Suarez’s behaviour has a serious impact on his market value.

The Sportsbooks at Betsson and elsewhere would likely have made Suarez the favourite to become Premier League top scorer next season, despite his lengthy ban. If he does move to Barcelona, will Suarez be similar favourite to shine in La Liga? Well, if you take a closer look at the record of Liverpool star strikers who have moved on to pastures new, Suarez had better beware. When Fernando Torres moved for a massive £50million to Chelsea in January 2011, few could have predicted that he would struggle in the way that he has done. Before Torres, Michael Owen looked to have the world at his feet, moving to Real Madrid to become a ‘Galactico.’ Although his time at the Bernabeu was no disaster, injuries ensured that Owen never recaptured his Anfield form. The same can be said of the man they called ‘God’ at Liverpool, Robbie Fowler. Suarez will need to break the mould if he is to succeed at the Nou Camp. 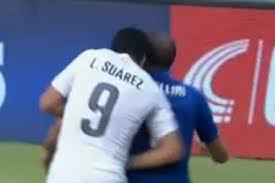 And if he does move there, Suarez will have a great deal of adapting to do. He was the undoubted star turn at Liverpool and coach Brendan Rodgers was happy to shape his tactics around Suarez’s unquestioned talent. Suarez won’t be given the same luxury at Barcelona though. In truth, he may not even be an automatic first choice. If Alexis Sanchez stays at Barcelona, the Chile attacker who impressed hugely at the World Cup could be given preference. However, there are strong rumours that Sanchez will be offloaded to make way for the Uruguayan. Even if Suarez does play regularly, he is unlikely to be indulged in the same way he was an Anfield, where the crowd was happy to accommodate extravagant skill, even if it didn’t pay dividends. The Nou Camp crowd are spoilt for choice when it comes to absolute world class talent – Lionel Messi and Neymar are just two of their attacking options with the incomparable Xavi and Andres Iniesta providing ammunition from midfield. It is difficult to imagine Barcelona fans forgiving an ambitious chip from Suarez when a simple pass to Messi would have sufficed.

While he would be red hot favourite to end up as Premier League top scorer, if Suarez does move to the Catalan giants, it will be interesting to see what odds he gets as even top scorer for his club side. In short, Suarez can expect a whole different experience at Barcelona. But given his ability though, he may just live up to the challenge.