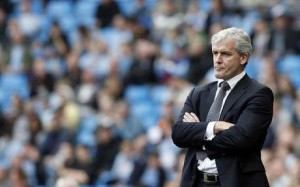 Great news for all Manchester City fans as it has been reported that manager Mark Hughes is ready to splash out in January on three major signings.

Local British newspapers have reported that Mark Hughes, who spent more than £120million in the summer, has been given the go-ahead by the club’s owners to take the next step in the New Year after he made it clear that his squad still need a right back, a left back and another creative midfielder.

With Hughes’ team likely to be in or around the Champions League places in January, chairman Khaldoon Al Mubarak has indicated to the manager that he will be given whatever it takes to ensure qualification for next season’s competition.

The lure of Champions League football will also make it easier to attract star names to Eastlands, something that handicapped the club when they tried to sign John Terry from Chelsea and Kaka from AC Milan last January.