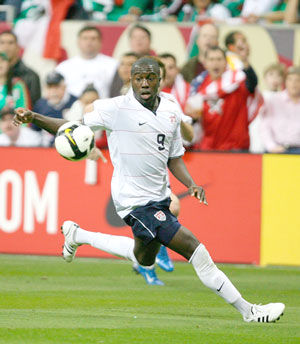 The 19-year-old American agreed to join the Tigers on a season-long loan last week from Spanish side Villarreal.

And it has been announced that the deal was finalised on Monday and Altidore will be available for Hull’s Barclays Premier League campaign.

Jozy Altidore joined Villarreal a year ago after making his mark in Major League Soccer with New York Red Bulls, and impressed in the recent Confederations Cup.

His deal includes an option for Hull to make the deal permanent next summer.