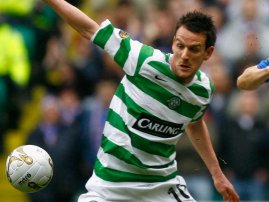 Premier League club Hull City have confirmed the signing of striker Jan Vennegoor of Hesselink on a two-year deal.

The Dutch striker was a free agent after leaving Scottish club Celtic at the end of last season and therefore could sign for the Tigers outside the transfer window, which closed on September 1.

Vennegoor of Hesselink, now age 30, spent three years in Scotland after joining Celtic from PSV Eindhoven and Hull chairman Paul Duffen claimed the club had beaten some big clubs to bring the striker to the KC Stadium.

He said that he is delighted that Hull City have beaten off all the competition to bring Hesselink to the KC stadium. He also said that the club definitely wanted an experienced, top-drawer striker who scores goals and that Hesselink has scored prolifically in top leagues in Europe.

The chairman also said that the club did not score enough goals last season and that Hesselink will play his part in using his experience.

He also revealed that Hull have been interested in Hesselink since July and everyone at the club are really pleased that he decided to join Hull City.