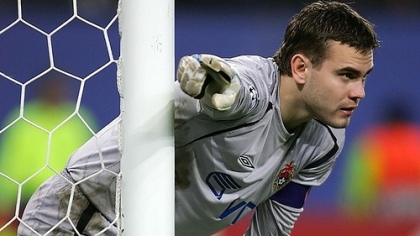 United boss Sir Alex Ferguson is believed to be weighing up a swoop for the 23-year-old CSKA Moscow ace.

Akinfeev told a local newspaper that CSKA Moscow is a great club but every player would love to prove their worth at United.