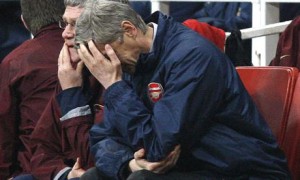 Manager Arsene Wenger maintains it will hurt him to watch other teams parade a trophy at the end of the season should Arsenal fail to end their own barren run in 2013.

The Gunners head to Swansea on Sunday for their FA Cup third-round tie looking to keep alive hopes of delivering a first piece of silverware to the Emirates Stadium. While Wenger knows the importance of continued Champions League qualification, the French coach insists he has not lost the taste for an open-top bus parade.

“Of course it bothers me because I am not here to watch other people win trophies,” said Wenger, whose side last tasted glory when they lifted the FA Cup in 2005. “It is important and I will give my best to win on Sunday. I will just remind you that I have won the FA Cup four times.”

Wenger, however, accepts any talk of Wembley would be premature, even if his side progress from what is a tough encounter in south Wales.

“It is the first round (we play). You cannot speak about winning a trophy, so for us it is important to show continuity and consistency, and the FA Cup is part of that,” said Wenger. “To get people to believe more in the team, it is important that we win on Sunday.
“It is an important moment of the season for us, for the team to strengthen the confidence of the team. We feel we are on a good run, but how far can we go? To win in the FA Cup will strengthen [our belief].”