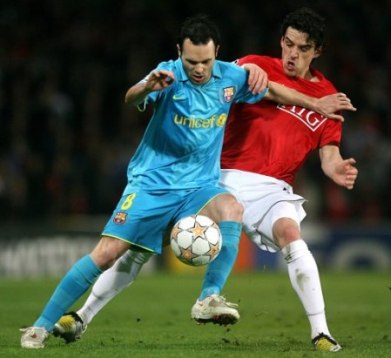 Good news for all FC Barcelona fans as midfielder Andres Iniesta has been given the green light to return to action after being sidelined for over three months due to a thigh muscle tear.

The 25-year-old Spanish international midfielder, who has not featured since Barcelona’s Champions League final win over Manchester United in Rome on May 27, could return in the club’s league match against Getafe on Saturday.

Iniesta suffered a tear about two centimetres long in his right thigh muscle during Barcelona’s 3-3 draw against Villarreal in the Spanish league on May 10 and he aggravated the injury by continuing to play and his recovery was then complicated by a viral infection.

The injury caused Iniesta to pull out of Spain’s Confederations Cup campaign in South Africa in June, a competition which was won by Brazil.


Rosicky Set To Return For Arsenal After 20 Months Layoff